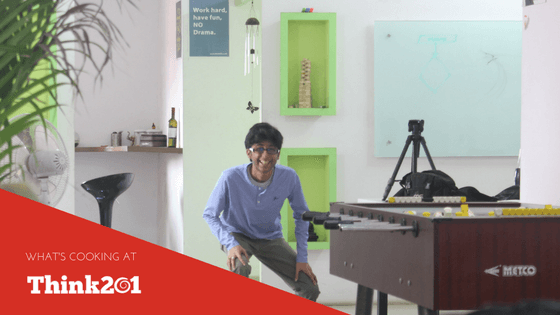 If you are from the 90’s, you’re probably a huge fan of WWE. Yes? Do you remember some of the stars – The Rock, Stone Cold, Mankind, that a lot of our Complex generation grew up watching and imitating on trampolines? If you don’t, then we’re really sorry for your troubled childhood.

Each of these superstar wrestlers had their very own signature dialogues and even if you don’t remember all of them, you definitely remember “Do you smell, what the rock is cooking?” Right? Yes, hi-five!

But, of course, we didn’t have a clue what it meant then, and the moment he said it, we just imitated him, with the perfectly raised eyebrow. Was he really cooking something, I mean, literally, when he wasn’t fighting, and how were we supposed to smell it from our television sets? Whatever be the case, it continued to remain an unsolved mystery, until we decided to do something about it.

After a lot of analysis & research (:P),  we came up to a conclusion that what, Dwayne “The Rock” Johnson was actually trying to say by “Do you smell what the rock is cooking?”  was “Can you find out what the Rock is upto?”
Oh, and it made perfect sense, it was because the Rock was unpredictable. He would say something and do something completely out of the blue, and because of that, he was, and till date, adored by many.

So, (from these visuals) If you’re still wondering what we’ve been up to, stay tuned. We have a lot of big announcements and updates coming your way!

Share
previous
Web Development Agency vs. Freelancer- Who Should You Hire?
next
Dussehra Celebrations at Think201 - Ethnic Day